Learning from people & taking an active role in receiving advice

Alternative title: understanding how someone thinks is more important than learning what they’ve done. As far as I can tell, I learn best from other people. For a long time, I thought this learning...

Alternative title: understanding how someone thinks is more important than learning what they’ve done.

As far as I can tell, I learn best from other people. For a long time, I thought this learning process may be some kind of skill for mimicking others. I’ve never had any issues fitting in with different groups and can have great conversations with most people regardless of what they value.

There is a Baz Lurman song “Sunscreen” that went viral pre-youtube about a lifetime of advice. At the end of the song, he tips his hat in a way to say:

“Be careful whose advice you buy, but be patient with those who supply it. Advice is a form of nostalgia, dispensing it is a way of fishing the past from the disposal, wiping it off, painting over the ugly parts and recycling it for more than it’s worth”

Advice consumed from this perspective is both time and context sensitive, but it doesn’t have to be…

The foundation for learning from others, and taking an active role in receiving advice is curiosity. Without it, you can’t even start the race.
Be curious
From the RSA Student Design Awards: 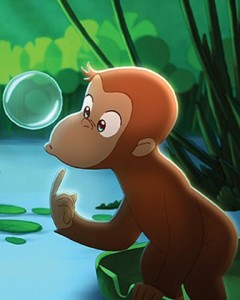 Curiosity is a muscle. Use it or lose it. It’s something that we constantly have to nurture in ourselves, in our families, classrooms, at work. Sometime I hear that curiosity and creativity is killed by too many facts, but actually the opposite is true. The more you know, the more you want to know, not only that but the more connections you can make between the different bits of information in your head and therefore the more ideas you’ll have. Which is why curiosity is really the wellspring of creativity. Technology is replacing routine work, that’s what technology replaces first and it has done so throughout history. So intellectually curious people, people who are capable of learning throughout their career, of asking questions, good questions, of adapting and collaborating with others in different disciplines, people who are capable of thriving in this world of non-routine work, are the people who are going to do better.

A friend of mine recently pointed out that there are similarities in this theory to that of physical fitness and constantly varied functional movements during exercise. The body, just like the brain, adapts to routine and expends less energy. The challenge is to avoid routine thinking, just as a professional athlete who puts in a block of work, then tapers, the pain starts to feel “comfortable”. The same is true for non-routine thinking, it starts to feel comfortable if you work the brain more often.

Being curious helps you learn and take advice out of will, rather than necessity.

Ask for Walkthroughs
I recently saw an interview with Elon Musk, Founder/CEO of Space X and Tesla Motors. He was asked, you are a rocket scientist, but how did you actually learn how to build rockets? 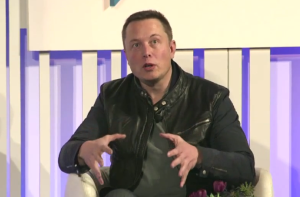 This may sound silly but I read books and talked to people. That’s kind of how one learns anything. There’s lots of great books out there, and there’s lots of smart people. We’ve got a team of really great people at Space X and Tesla, and we have world experts in Propulsion, structural design, avionics, software, launch operations, that kind of thing. Likewise at Tesla. If you just talk to people on your team you can learn a tremendous amount, then as you iterate through problems, it’s like anything. When you struggle with a problem, that’s when you understand it. So once you’ve done that for 11 year now in the case of Space X, or 10 in the case of Tesla, then you have a pretty good grasp of it. In fact that’s one of the ways I interview someone, I ask them to tell me about the problems they worked on and how they solved them. If someone was really the person to solve it they’ll be able to answer multiple levels, they’ll be able to go down into the brass tacks, and if they weren’t they’ll get stuck. Then you can say “oh” this person wasn’t really the person who solved it. Anyone who truly struggles with a problem, never forgets it.

Asking for walkthroughs removes contextual and time restraints from the advice giving process. Instead of asking someone WHAT someone did, try getting them to explain HOW they did it. It teaches you how the advice giver thinks, which with some practice will help you fill in the necessary gaps. The famous proverb comes to mind: give a man a fish and you feed him for a day; teach a man to fish and you feed him for a lifetime.